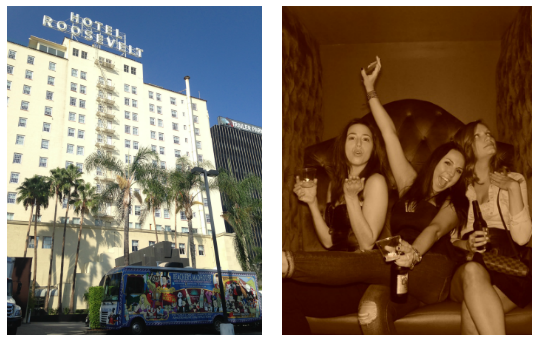 A cross between an exclusive club, a satirical musical revue and the circus, Beacher’s Madhouse is a super fun late night spot nestled in Hollywood’s Roosevelt Hotel.

With a cast of little people delivering bottle service via ceiling track this is not your typical Hollywood club.  Beacher’s has some unique flare not to be missed. Between the tequila, the music, and the totally original shows, it’s quite the scene. If you can get in, go.

There is so much going on in this intimate space so be sure to keep your head up when shaking your groove thang because at some point you’re going to have to bob and weave to avoid getting hit by a little air traffic. A word to the wise, be on a list or you’ll be stuck at the door.