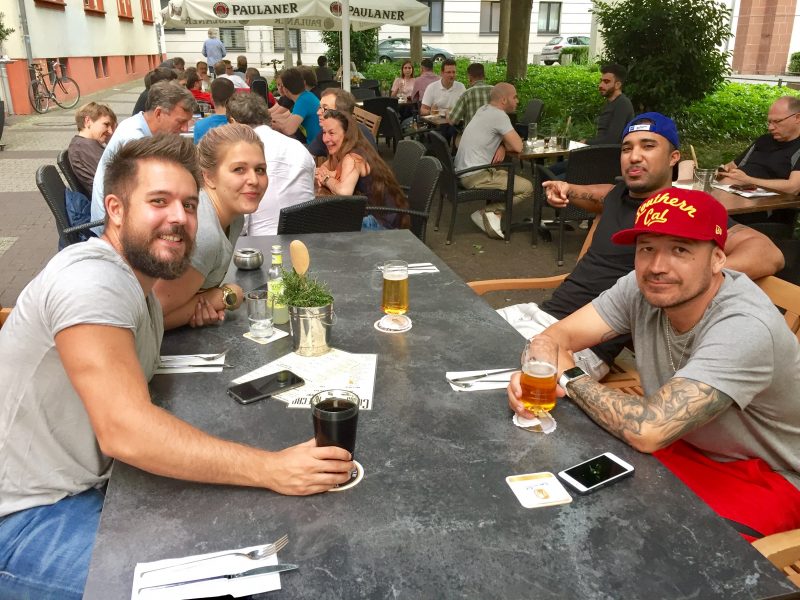 Making my rounds throughout Germany to see family members I hadn’t seen for years, the last night brought me to Mainz to see my cousin whose mom named him after me. It was fun enough for me to have two Chris’s around again, but then he brought me (along with his sister and my friend that came along for the trip) to his favorite restaurant to celebrate.

The three guys all ordered the Juicy-Lucy, Cubo’s signature gourmet burger. It was so big that my cousin told me everyone eats this burger by cutting it in quadrants. He was right! One of the best burgers I’ve ever eaten, the Juicy-Lucy had house-made bread, signature sauces, Irish Cheddar, bacon, and jalapeños, amongst everything else.

When coupled with German beer and special French fries (we’re often called Kartoffeln, which means potatoes, by ex-patriots living in Germany, so of course I had to have potatoes). The only regret I have is not indulging in their house-made ice cream! Next time, Cubo Negro; next time.